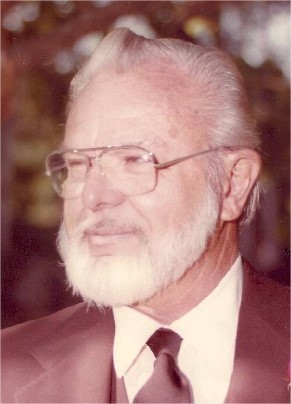 Harry is survived by his daughter, Debra Lynn Sperry Berg; daughter in law Maria (Bunny) Pezza; grandchildren Harry Lee Sperry, Jr. (Lisa), Joseph Michael Sperry (Shannon), George Robert Sperry (Krystal), John Richard Bennett, Jr. (Sheri), Steven Michael Bennett (Jamie); great grandchildren Brandon Sperry, LeeAnn Sperry, Dawson Sperry, Haley Wagner, Chad Sperry, Kolton Sperry, Malia Comino, John Bennett III, Blaine Bennett and Hunter Bennett. Harry also leaves behind his dear friend of 28 years Ander Wilson, as well as friends Diane and Kenny Wiley. He was preceded in death by his sister Theresa Hilda Sperry, mother Hilda Boock Sperry, father George Lee Sperry, and son, Harry Lee Sperry, Sr.Harry was born on June 18, 1933, at Halifax Hospital in Daytona Beach, and lived in the area for many years. He was a lifeguard for Volusia County in his early years and later served in the United States Marine Corps – from 1952 through 1955- and was stationed in Korea where he was appointed to Corporal in May of 1954. He was honorably discharged and was awarded decorations and medals including the Korean Service Medal, UN Service Medal, National Defense Service Medal, and Korean PUC. After his discharge from the Marines, Harry was a general contractor and built homes in the Daytona area for many years. He later opened G & S Ceramics in Ormond Beach where he was co-owner. In the early 1970’s, Harry moved to Coral Springs where he owned and operated Sunburst Roofing and Ceramics for many years in the Ft. Lauderdale/ Miami area. In 1983 he moved to Ocala and continued general contractor work until he retired. After retiring, he resumed work as a security guard over industrial equipment for 20 years in the Ocala Forest. Harry had a love of the ocean, boats, and fishing, and was an avid fisherman throughout his life. He enjoyed hunting with his friends and the tranquility of being in the woods. Harry was a sportsman, and enjoyed watching NASCAR and wrestling on TV. He loved to cook. Harry was a member of the NRA.